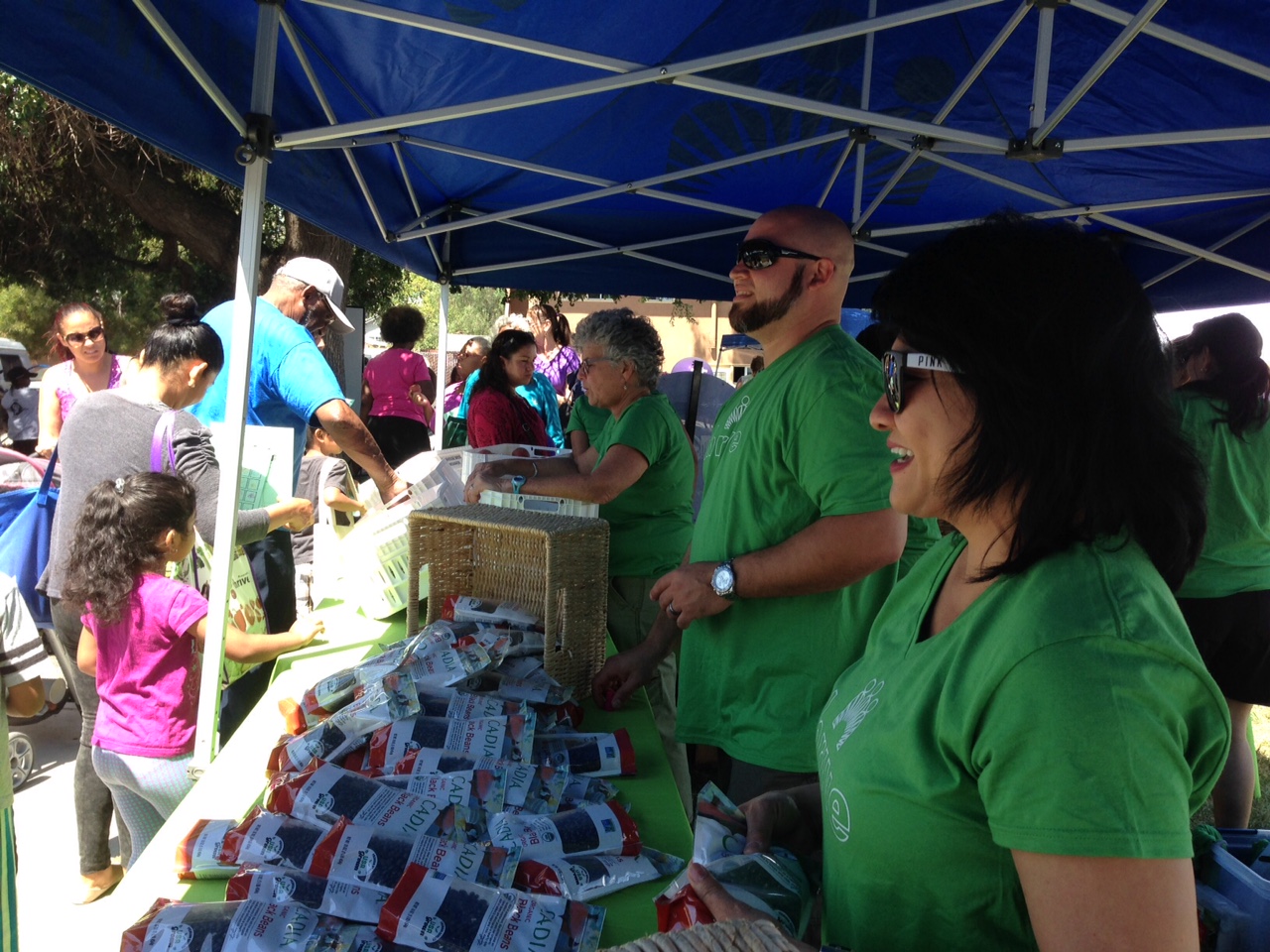 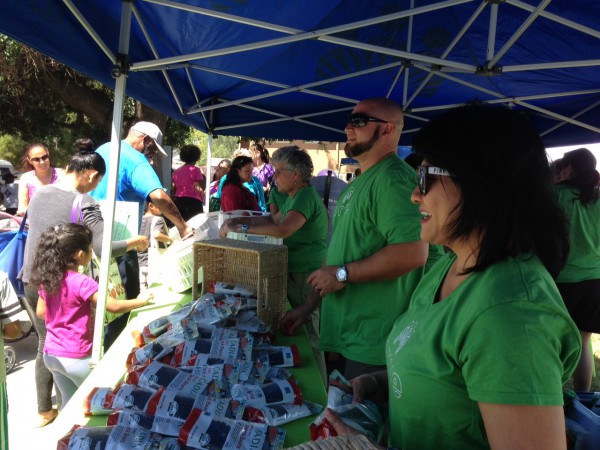 Families were entertained by local entertainment from Folkloric dancers, cheerleaders, Zumba dancing, a cooking demonstration, and activities from Kaiser Educational Theater. Children could also help build playhouses and a doghouse from Habitat for Humanity.

Program Coordinator, Cynthia Garrett, worked hard putting this annual event together. “The best part of the event is providing resources to the community that they wouldn’t otherwise get. It’s exciting and empowering to know that this event uplifted the people and encouraged them,” Garrett said.

A few residents outside of Bay Point also came to partake in the festivities. Antioch resident Woodrow Austin traditionally brings most of his 13 children to this event. “I’ve gone every year,” Austin said.

Akilah Briscoe, a resident of Clayton, stated, “Everyone is very friendly. It’s a beautiful day to be around community people and it’s free.” 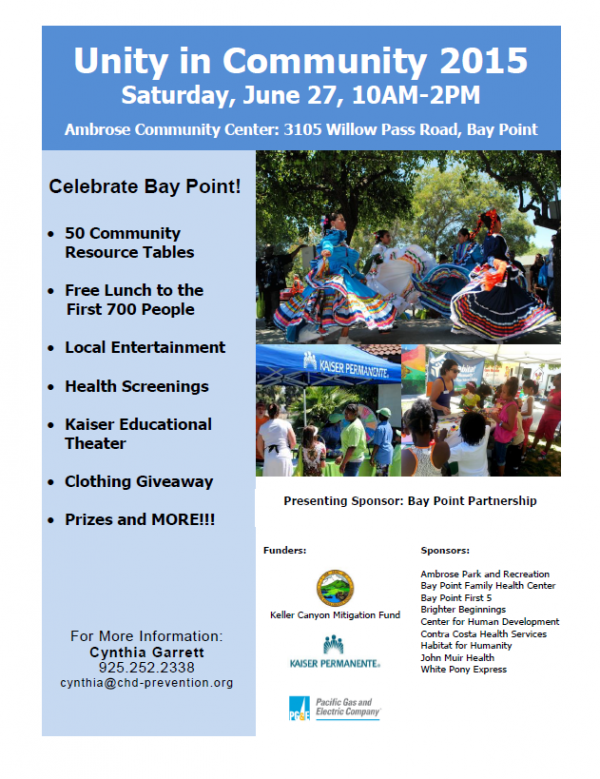