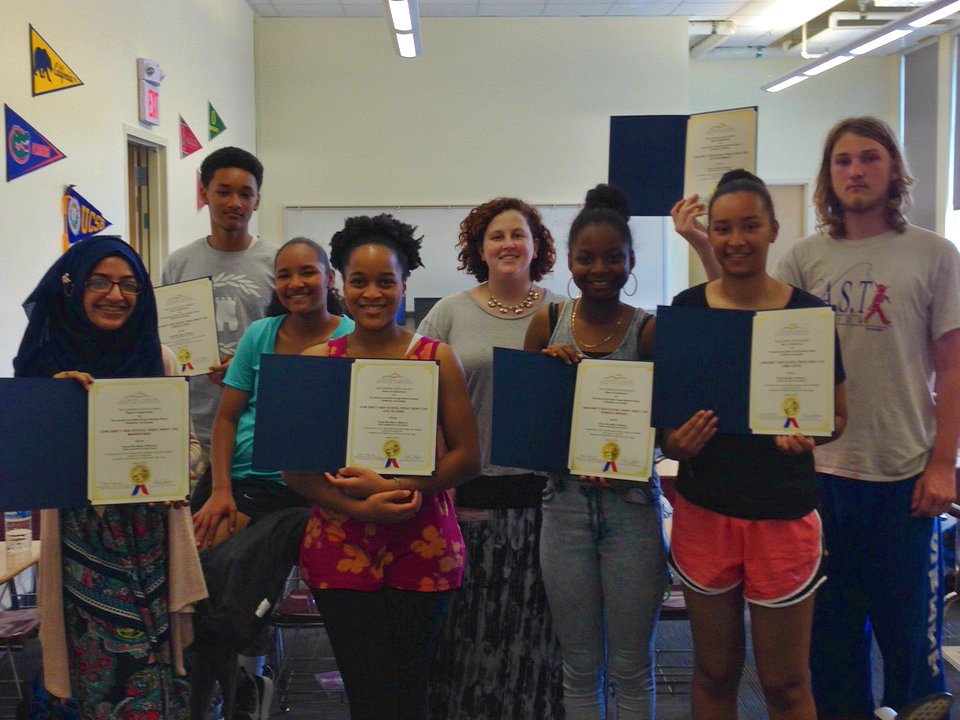 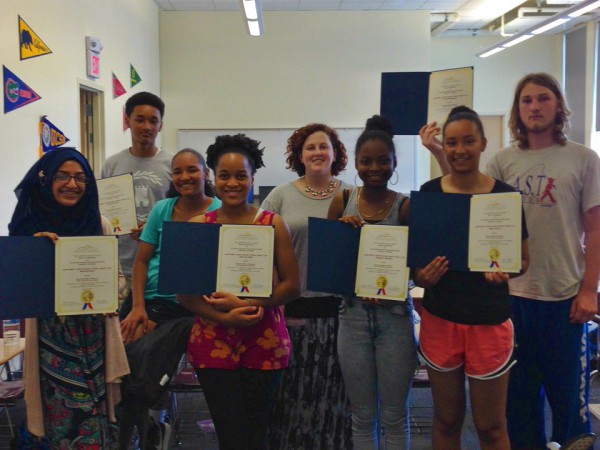 CONCORD, CA (June 26, 2015)—The John Swett High School Friday Night Live Chapter (JSHS FNL) was awarded the People Who Make a Difference award on June 9, 2015, by the Contra Costa County Board of Supervisors and Contra Costa County Alcohol and Other Drugs Advisory Board. This award is given to those who have gone above and beyond the call of action to make a difference in the community.

JSHS FNL received this award for their focused efforts during their school year on the elimination of Alcopops in the town of Rodeo. Alcopops are flavored malt beverages that tend to be supersized, low-cost and appealing to youth. There is currently a voluntary ban on Alcopops over unincorporated Contra Costa County. However, most of the community was unaware of such a ban.

The students spent the year creating an invasive campaign which consisted of a petition making the public aware, a survey administered to the students at JSHS, a Power Point presentation to the PTA, and a request for letters of support, which ultimately cumulated with a letter to each off-sale merchant in the surrounding community.

Program Coordinator, Isabelle Kirske, has worked alongside the students facilitating them in their efforts to bring their goal of eliminating Alcopops to fruition. “I am very honored to have had the opportunity to work with this chapter and I am very proud of all that they have achieved in such a short amount of time,” said Kirske.

JSHS FNL which consisted of seven students, have been fully embraced and supported by their school as evident in an article published in their school newspaper praising their efforts.

Joslyn Lewis, a Senior at JSHS, and a member of FNL Chapter recalls her reason for wanting to be a part of informing her community about Alcopops. “This campaign was important to me because I wanted teens in my community to recognize that even the colorful sugary version of alcohol is still harmful. I knew that if my peers were exposed to how harmful alcopops were that there would be more of a chance that they would resist the urge to drink them, and encourage their friends to do the same.”

Students in Contra Costa County Get Supes to Revise Ordinance

Click and submit this brief form to learn more about volunteering.
Email info@chdprevent.org or Call Us 925.687.8844
Close Menu
Mediation Form